March 08, 2011
At a Microsoft event via marketing, Microsoft has apologized for Internet Explorer 6.

Update: Internet Explorer 6 falls below 1% in the US 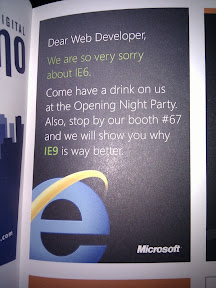