October 30, 2014
Edit: I have just discovered that this feature did appear in Windows 8. My bad. Still cool though. http://windows.microsoft.com/en-AU/windows-8/storage-spaces-pools

Back when Windows Home Server first came about, it was a hit as had a unique technology called Drive Extender. This allow you to have a storage pool of different drives to combine them into a single storage pool of data. It also provided a level of redundancy for in the event that one of the drive in the pool died, you wouldn't lose data.

While Windows Home Server is no longer (at least in its original form), it appears that the Driver Extender technology or concept lives on.

Windows 10 has introduced a feature called Storage Spaces which performs much of the above features. Creating a pool of storage on various drives. Also worth a mention, this was also available in Windows Server 2012 on a more advance level, but now seeing this on the Windows client side is a nice addition.

To access this on Windows 10, go to Control Panel and go to Storage Spaces. 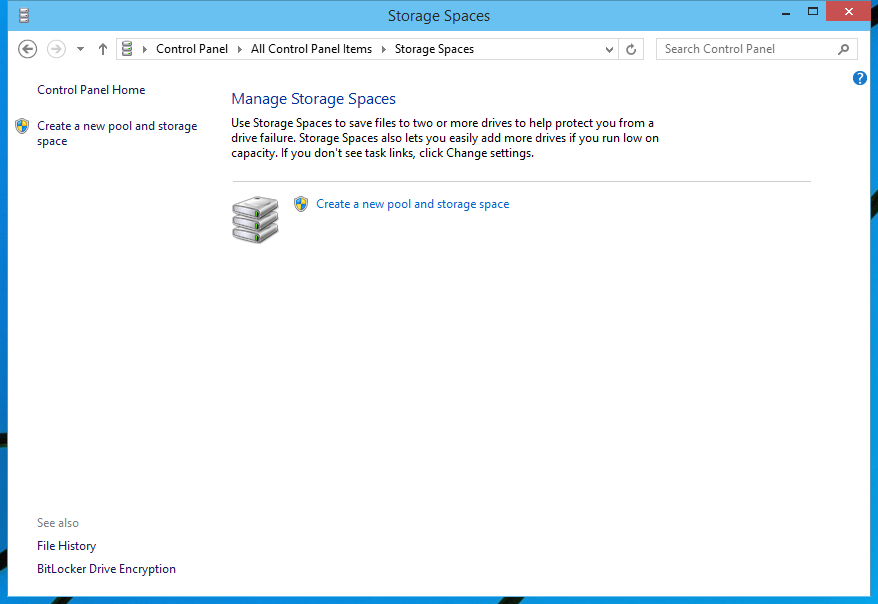