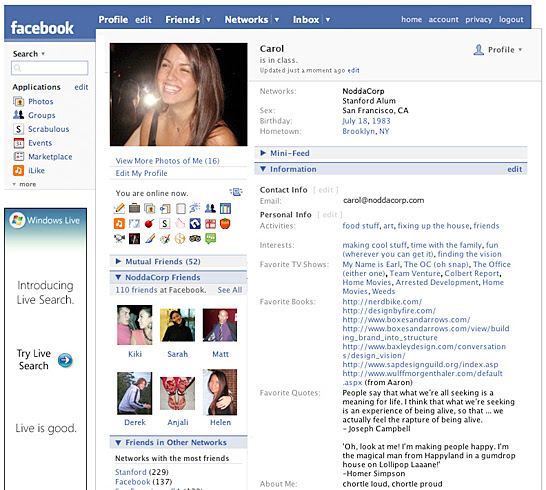 The internet social network has been a fad for some time now and the creators have been loving the success of a site that has taken a simple concept of communication and keeping touch.
This is of course, Facebook.

The site has always had problems with the public whether it be company/corporate bosses wanting it gone due to lack of productivity from their workers or the numerous privacy concerns of the sites terms and conditions.

But recently, the site has managed to anger their users twice in a two month span in a big way.

The changes made in Feburary 2009 to Facebook's Terms of Use outlined that they have total control of any and all content submitted by their users, even after the user closed their account. When this was accounced user made it known to the Facebook owners that they had gone too far. However, the current terms of use still state that Facebook owns and controls all content sumbitted by users.

More recently Facebook has gone and upset user by altering the overall layout of the site. The current new design attempts to mirror the micro-blogging site, Twitter. Users are finding it hard to navigate the site and find it more difficult than ever before. Reports show that 94% of Facebook user 'hate' the new layout while also complain that there wasn't anything that needed fixing or redesigning.

With too many changes and unexpected/unwanted ulterations users will eventually get fed up with having to battle the Facebook creators to keep it with how they like it. Trying to change Facebook into something that it isn't (like Twitter) will eventually force users out and go elsewhere.

Facebook needs to be very careful otherwise we will see a decline in user over the next 6-12 months.
facebook Internet people websites