Windows 8 to run on more than Intel chips 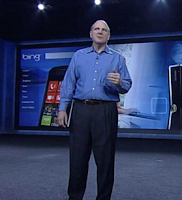 A lot came out of the Microsoft CES presentation today with twitter a buzz with highs and lows regarding what they had on offer this year and results of last year.

Majority of the presentation was what we already knew about products like XBOX Kinect and Windows 7, however the big thing was that we will soon see Windows 7 running on low-end processors like Intel Sandybridge and AMD fusion, which signals to a future in mobile and tablet-based computing.

The other major point was the future for Microsoft and their development with SoC or System on a Chip. Windows 8 will be developed with the ability to be coded directly on a microprocessor such as Intel, Snapdragon and the NVIDIA Tegra. A big concert of future computer engineering.

Those two point for me were the major factors of the presentation that shows that Microsoft as a company has just shown the world that they are serious about innovation and consumer technology. Some Twitter comment included remarks about Apple have something to worry about while other also said the presentation was a bore and nothing exciting came of it.