Showing posts from October, 2011
Show all

Google Buzz comes to an end 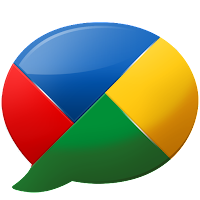 Google Buzz was considered as Google's answer to Twitter where users to could post their status right within the GMail. However the service sparked major controversy and privacy issues when it was released as it was implemented to all users without so much as a warning as well as all updates where publically readable.

Google recently released another social network called Google+ and Buzz's closure is to allow them to focus on developing this network.

Google says:
In a few weeks we’ll shut down Google Buzz and the Buzz API, and focus instead on Google+. While people obviously won't be able to create new posts after that, they will be able to view their existing content on their Google Profile, and download it using Google Takeout.  On the same blo…
Post a Comment
Read more 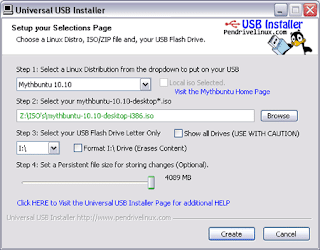 While providing a faster install, in comparison to optical media, for Linux operating systems, this can also be setup as a live OS running from the USB, allowing it to be booted from any computer, while saving all your data and settings.

However when it come to creating a Bootable USB Thumb Drive with Linux installed, this can be a task in itself without the proper tools (especially for Windows users like myself). For some months now I have been using one tool in particular to painlessly setup a bootable USB drive allowing me to install a Linux OS right from the USB drive.

Pendrivelinux.com offers a range of guides and tools for running Linux OS from a USB Thumb drive and this is where I have found the Universal USB Installer. This is a Windows tool that allows to setup a USB Thumb drive to be bootable with your choice of Linux…
2 comments
Read more 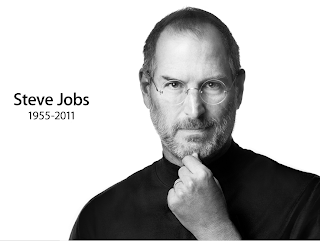 
Jobs has been for a long time now battling Cancer and today he lost that battle. While Steve has on several occasion taken leave from the company due to health concerns, all of us in the technology industry knew this day was coming. Although this news was still shocking for everyone.

I found this news over Twitter, were people littering this streams with well wishes and retweets of the news of his passing.

Steve Jobs founded Apple Computers along with Steve Wozniak and Ronald Wayne in 1976, and from then the company has many ups and downs. However since Steve Jobs return to the company 1997, Apple Inc. has been on the increase of profits and innovation. Not only have we seen new designs in Desktop and laptop computing, but revolutionary (and evolutionary) devices such as the iPhone which took over and redefined the smartphone market, the iPod which redefined the way we listened to music, and the iPad which showed the…
Post a Comment
Read more
More posts