Showing posts from October, 2010
Show all

18 months after being available for the Apple iPhone, Skype is now available from the Android Market. Skype, the worlds popular VoIP system, has put its mobile version of the application into the Android Market supporting Android 2.1+ devices, with one catch. Originally, Skype was only available for download from Skype.com for only approved few Android device like Droid X for example. Now they have opened it up for all device except the Samsung Galaxy S. The Galaxy S is the only device that is not supported by this software which happens to be the device I am using. I have be hanging out for the Skype on Android ever since I got my Galaxy and now that it is available, I still can’t have it. Skype for Android will allow users to make phone calls over Wifi and 3G connections (Wifi only for US users) and also imports contacts from the phone into Skype. Update: I have installed Skype onto my Galaxy S. So far the only thing I can't do is login to the network. Just a small thing. C
Post a Comment
Read more

In an article by PC Authority today, Google has announced that they will be allowing 20 more countries to submit Paid Apps into the Android Market. Current the Android Market supports paid apps from a small amount of countries, however with this increase we should see a increase in not only the amount of apps, but also a greater variety. This means that developers in Australia, New Zealand, Hong Kong, Singapore, Taiwan, and other nations (see a full list on the Android Developers blog ) can now sell paid apps in the Android Market, which should see a significant boost in the quantity and diversity of commercial Android apps available. Original Article: http://bit.ly/bgJbuH Source: PC Authority
Post a Comment
Read more 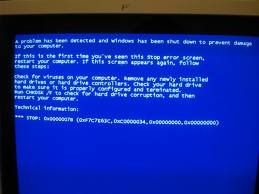 Just recently I had been working on a couple of laptops that needed to be rebuilt for a client. We didn’t have any of the original restoration media so I went a head and started installing Windows XP from OEM media (SP3). However on both laptops, when installed Windows XP from CD, just after the point when it loaded all the drivers and then states on the bottom of the screen “Starting Windows XP Setup”, the laptops would blue screen with a STOP ERROR 0x0000007b. When doing a Google search on this error, you will likely find this Microsoft Support article ( http://support.microsoft.com/kb/324103 ) with a list of troubleshooting advise. All of which was no help. I soon however found an article ( http://bit.ly/b7hg7C ) that mentioned of a user who had experienced issues with AHCI ( Advanced Host Controller Interface ) enabled and installing Windows XP. At first I was sceptical, but thought to check anyway. In the BIOS I found that SATA controller was set to AHCI mode. I had the optio
Post a Comment
Read more
More posts